The first look of Vikram Bhatt’s production “Hate Story” creates a mystery about the woman in the picture but sends out the right message about the film’s content – bold and daring. It has a mystery girl with her bare, tattooed back visible and a gun placed strategically at the back of her jeans.

” ‘Hate Story’ is a brave film. Of course, everyone wants eyeballs for the film, but one can’t have a sizzling poster and then have nothing inside the film. I feel the poster is a very tame representation of a film and so I have to say that ‘Hate Story’ is really brave and pathbreaking in its content,” Bhatt told IANS.

Film historian S.M.M. Ausaja, who has a book “Bollywood In Posters” to his credit, has an interesting observation.

“Over the years, it is the first week’s collections that matter the most now. All filmmakers are desperately trying to cover their costs in their first week. To cover that, they uncover women in posters,” Ausaja told IANS.

“Titillating through posters is not a new thing. Years ago there was a movie called ‘Chetna’. It had a very bold poster. But I feel now the film industry has come to a stage where even if it has 10 percent sensual content, filmmakers try to cash in on it with such gimmicks.”

While the poster of “Blood Money” is more direct and in-the-face, with Amrita Puri dressed in a bikini, striking a suggestive pose with a bare-chested Kunal Khemu, and both lying in a pool of money.

“The Dirty Picture” had bold and beautiful Vidya Balan in a cleavage-baring, itsy-bitsy red blouse, standing undaunted even as three men – Naseeruddin Shah, Tusshar Kapoor and Emraan Hashmi – were clicked too close for comfort in the poster.

Dusky beauty Deepika Padukone’s wild side was unleashed when the first look of “Dum Maaro Dum” was unravelled. The poster had a zoomed in side look at her washboard abs, and her long, curly tresses resting stylishly over her bosom.

Kareena Kapoor bared her toned back for the poster of “Kurbaan”, in which she was seen getting up, close and personal with her beau Saif Ali Khan.

The poster of Emraan Hashmi-Jacqueline Fernandes-starrer “Murder 2″ was steamy too, and so was the glimpse into Ketan Mehta’s “Rang Rasiya”, with Randeep Hooda and Nandana Sen seen in a suggestive position. 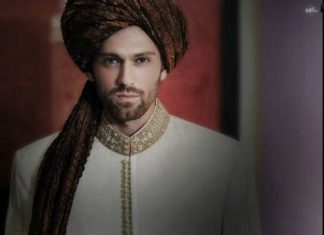