As film star Meera announced plans to tie the knot with a pilot of Pakistani origin settled in the US, her ‘first husband’ Atiqur Rehman has said she will have to obtain a divorce from him before going in for a second marriage. 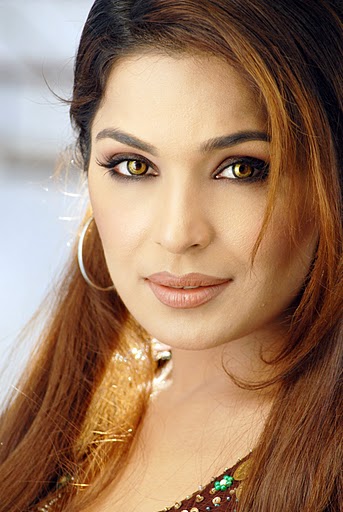 “Meera cannot enter into a second marriage as she is still my lawful wife. Under Islamic and Pakistani laws, she cannot have a second husband in the presence of the first. If she goes for this sinful act, she will be tried under the law,” Rehman said while talking to reporters here on Monday.

The actress on Saturday announced her plans to marry Navid Shahzad, a pilot working for a private US company.

Meera said, “Navid’s family is coming to my home to finalize the wedding. I am very happy to have my prince charming.”

However, Rehman said a case related to his ‘marriage’ with Meera was pending in the Lahore High Court.

“Meera should show courage and tell people about her first marriage,” he said.

Reports in the Pakistani media claimed Shahzad had divorced his wife Sheeba after having an affair with Meera.

He has a daughter from his first wife. A few days ago, Meera disclosed to the media that she had an affair with maverick cricketer Shoaib Akhtar.

“I had an affair with Shoaib Akhtar some two years ago but he was not serious about marrying me,” she said. Akhtar, however, denied that he had had any relationship with Meera.