Famous lead Guitarist of Jal band Gohar mumtaz has recently got engaged with the model named Anum Ahmed. The couple was looking adoring as Anum was dressed in pink and Gohar was in black.

Anam Ahmed first changed her status but later Gohar Mumtaz also confirmed that he got engaged. Fans of Gohar are curious about how they met and get interested but the news is, they got engaged now and will marry soon.

Jal band was initiated by Atif Aslam and Gohar mumtaz but after some time they get split and started working individually. Anum is Islamabad based model and had worked for several fashion shoots. She started her career at the age of 13. Some of her fashion shoots are for: Bina Sultan, Libas magazine, Tariq Amin, and She magazine. 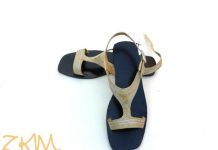