Fashionable famous and beautiful people from the film, music, television and fashion industries foregathered  for the 11th annual Lux Style Awards 2012, which was held at the Expo Centre in Karachi on the dark night of the 10 of July.The awards are being held in Karachi at the Expo center. The LSAs 2012 wrapped up late Tuesday night, with some of the highlights of the show being superstar Ali Zafar’s emotional tribute to the late King of Ghazal Mehdi Hassan, Shoaib Mansoor’s second directorial venture Bol taking home three awards. This year also saw models Abbas Jafri and Cybil Chaudhry taking home top honours in their respective categories.

This is the list of awards committed to different stars in different categories:

Model of the Year (Female):

Model of the Year (Male):

Best Music Video of the year: 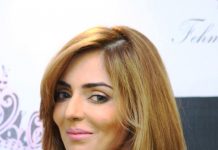