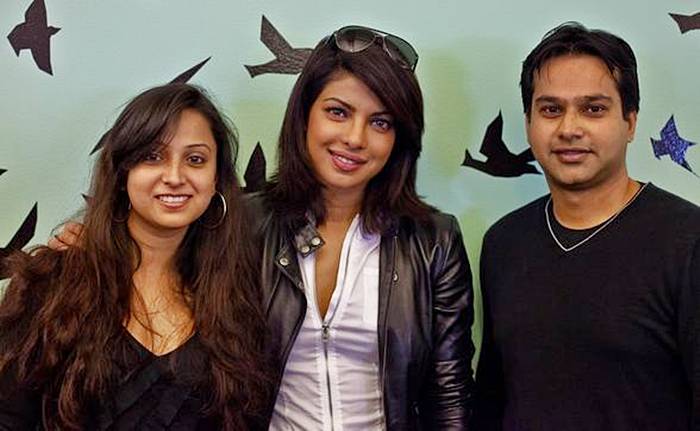 Recently Indian Actress Priyanka Chopra who has crossed the 2,00,000 mark in Twitter followers,
made a stop at Twitter’s San Francisco office and had quite a bit of fun there. Take a look at the photos taken at the Twitter HQ.
Bollywood actress Priyanka Chopra, who is set to cross the 200,000 mark in Twitter followers, visited the headquarter of the micro-blogging website in San Francisco after being especially invited there. Priyanka tweeted about her visit to the headquarter where she met Biz Stone, Twitter co-founder.

“My day was really interesting because I was invited to Twitter headquarter in San Francisco! Had a great time. Thanks, Biz and team for the wonderful hospitality,” she posted.

The 27-year-old, who has been shooting in the US for Sajid Nadiadwala’s “Anjaana Anjaani”, is going to cross the 200,000 mark as far as her followers on Twitter are concerned. At present, she leads the Bollywood bandwagon on the site with 196,903 followers and has left stars like Shah Rukh Khan, Hrithik Roshan, Preity Zinta, Shahid Kapoor far behind.

“Priyanka was in the US for her movie shoot. She had to drop by at a studio for the NDTV Indian of the Year program and there she met the Twitter team. She was invited to the headquarter office in San Francisco since she is so popular among the Bollywood celebs on Twitter,” a source close to the actress said…