Pakistani famous cricketer, batsman and wicket keeper Umar Akmal is going to be tied a knot with Noor Amna, the daughter of famous former cricketer Abdul Qadir. The Umar Akmal and Noor Amna wedding will be held on February 26, 2014.

According to media news the Umar Akmal wedding is arranged by Umar Akmal’s relatives. The marriage, Mehndi and baraat ceremony will held on 25,26th of February 2013. And the reception party will be held on 27 February in Lahore.

On the other side Umer Akmal or his family did not confirmed the date of weeding officially. But rumours show that Batsman Umar Akmal marriage date has been confirmed. With whom and when may be the wedding but we wish best of luck to Umar Akmal… 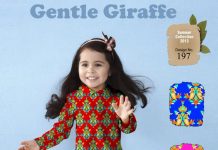