Bearing received no formal education, she was only 12 when she was spotted singing at Shahbaz Qalander’s shrine by a television and radio producer, who arranged for her to record of “Laal Meri” on Pakistan radio. 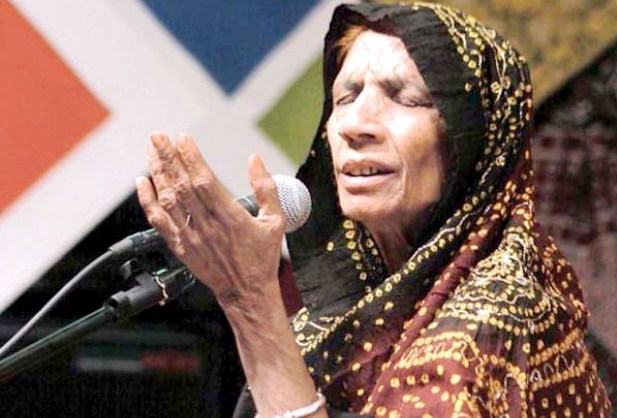 According to the hospital sources, Reshma had been in coma for a month after being diagnosed with throat cancer years ago. Born in Bikaner, Rahasthan to Banjara family around 1947, Reshma’s tribe migrated to Karachi shortly after partition.

The song was an instant hit, and Reshma went on to get one of the most popular folk singers of Pakistan, appearing on television in the 1960s, as well as recording songs for both the Pakistani and Indian film industry.

Some of her famous numbers include “Dama Dam Mast Kalandar”, “Hai O Rabba nahion lagda dil mera”, “Ankhiyan no rehen de ankhyan de kol kol” and “Lambi Judai”. Reshma was awarded several national awards and she also holds the prestigious awards ‘Sitara-i-Imtiaz’ and ‘Legends Of Pakistan’ given by the President of Pakistan.