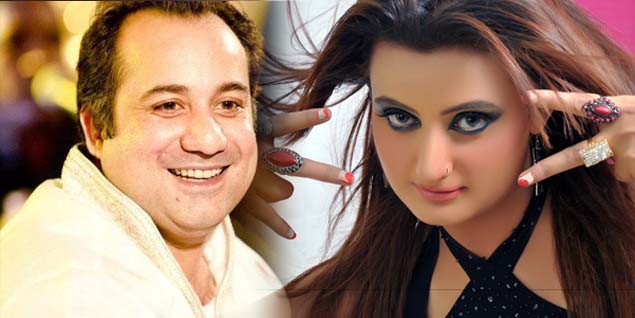 Rahat Fateh Ali has 2 daughters Maheen Khan and Filza Khan and a son Shazman Khan from Nida Khan.  Model Falak and Rahat Ali khan was a friend for a long time and Rahat bears her for much time. But he does not show because of his relatives fear.

According to Express news, Rahat has married model Falak in Past month and he only invited to some most know friends. And after that he divorced Nida Khan the daughter of Legend Pakistani Singer Nusrat Fateh Ali Khan.