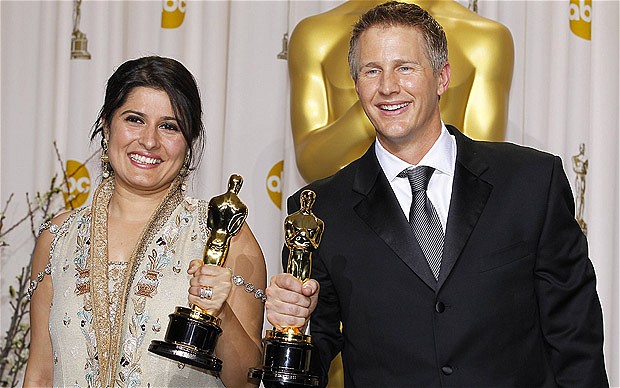 The film follows British plastic surgeon Dr Mohammad Jawad, who returns to his homeland to help victims of acid burns.

It is the story of one woman as she fights to see that the perpetrators of the crime are imprisoned for life.

This is the first time ever that a Pakistani film has been nominated and has won.

The documentary was pitted against ‘God Is the Bigger Elvis’, a Rebecca Cammisa and Julie Anderson film about a mid-century starlet who chose the church over Hollywood; ‘The Barber of Birmingham’, a Gail Dolgin and Robin Fryday film that follows the life of 85-year-old barber James Armstrong and the legacy of the civil rights movement; James Spione’s war film ‘Incident in New Baghdad’; and ‘The Tsunami and the Cherry Blossom’, a film that follows survivors of Japan’s 2011 earthquake and their struggle to recover from the wave that crushed their homes and lives.